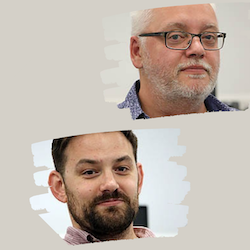 Owners of London-based production company BottleRocket Film, authors of narrative structure manual “The Beginning, the Middle and the End”, and Regents University screenwriting lecturers Phil Hughes and Ted Wilkes are passionate and relentless in the pursuit of excellent storytelling. Why not catch up on their past LSF sessions “Inciting incident, the catalyst… or the Call to Adventure”, “Mastering the Midpoint” and “How to Keep the Drama Going”, and then join Phil and Ted to pose your questions.

To get so many high-powered and practical people to the festival is a terrific achievement. I've benefited, and it's more than worth the cost."