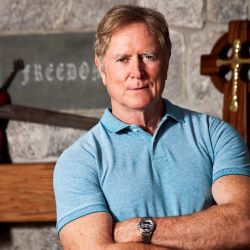 Meet a Hollywood legend as we discuss his career, his hits, his failures and even his unproduced projects. Interviewed by screenwriter and director Stuart Hazeldine, this session will explore many of the recurring themes in his work such as justice, courage, humility and extraordinary lives. Get there early, it will be crammed.