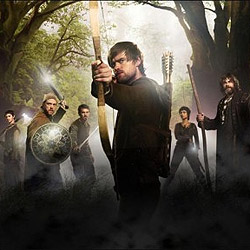 For 14 (going on 15) years, Doc Martin has been a mainstay on British television. The trials and tribulations of Dr. Martin Ellingham in Port Wenn have entertained audiences since before the iPhone was invented.  It’s creator, Dominic Minghella has an exceptional reputation for creating, producing and writing internationally successful drama and Doc Martin is no exception having been adapted in several local versions around the world.

When you factor in Robin Hood and Minghella’s most recent creation, Knightfall, you have a nearly unprecedented run of British television success. In this informative one-on-one interview, Minghella will dig deep into his own process and speak frankly about the longevity of his shows, and the fun of expanding known universes.

Dominic has an exceptional reputation for creating, producing and writing internationally successful drama.

Toby Earle was formerly TV & Entertainment Editor at London Live where he wrote and presented What to Watch, a weekly show interviewing TV and film talent.