with Doug Naylor and Robert Llewellyn 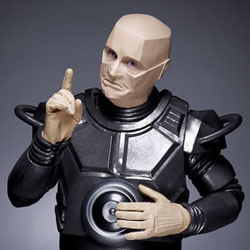 Robert Llewellyn and Doug Naylor are in conversation with Bob Schultz talking about all things Red Dwarf, Doug’s role in Spitting image and Robert’s long and varied writing career including his new Science fiction novel News from Gardenia.

They’ll also be talking about getting your scripts produced and how people who ring you and say they want to invest £60 million in your movie aren’t always to be trusted especially if they claim to be the Duke of Manchester.

Doug is best known for co-creating and writing the comedy series ‘Red Dwarf’ which has gone on to achieve cult status... now rebooted!

My mentor, Karol, has been phenomenal!"