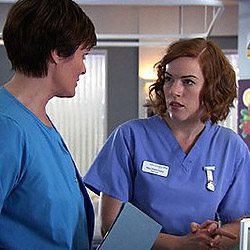 Do you love television? Do you have the next returning hit TV drama series in your portfolio? Then we want to hear from you.

Six LondonSWF delegates will be picked for this intimate roundtable with top TV script consultant Philip Shelley, the man behind the C4 screenwriting course. Phil has worked as script editor and producer on many UK TV dramas. His credits include such great shows as Kavanagh Qc, Inspector Morse, Medics, Waking The Dead, First Sign Of Madness II and Making Waves. Recently he’s produced the podcast series www.tributepodcasts.co.uk – 13 dramatic monologues by new writers.

Phil has a reputation for scouting and working with the best new screenwriting talent in the UK, he really knows his onions, so this is your chance to get expert advice on your TV returning drama series project, from craft – like character and structure, through to which channels/networks to target with it.

This is the forth year Phil has run this hugely popular lab at @Londonswf. Here’s what last time’s lucky Labbers had to say about it:

This really distilled for me where I am at as a writer and what I need to work on. I found it all encouraging and it motivated me to try and fix where I fall down.
Carol Cooper, Screenwriter

The lab was for me the highlight of the festival. It’s given me renewed confidence in my script and my ability and it’s introduced me to a group of great writers and lovely people.
Paddy Macrae, Screenwriter

If you’re serious about writing television drama, this is the script lab for you.

You will be asked to supply

Credits include: Waking The Dead, Medics

This is my fourth time at the LSF and it is as fresh and exciting as the first time."