with Lisa McMullin and Philip Lawrence 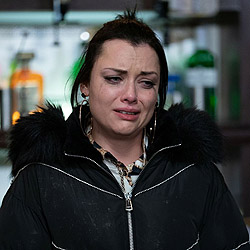 Phil and Lisa are both LondonSWF delegates who leveraged their experience at the festival, as well as their own tenacity, talent and passion, to create a career writing for soaps and serial TV.

In this lab, six writers who are on the cusp of breaking in will get the benefit of a deep dive into work ethics, storylining, relationship management, writing style, story craft and EVERYTHING a writer would need to get the break that leads to that all important first credit.

Expect competition for the six slots to be high, so only submit when your work is the best that it can be. To be considered, you will need to submit the following:

Philip was awarded the C21 Drama Script Prize with his black comedy drama Euthanasia in Suburbia and currently writes for EastEnders and Casualty.

In this three-hour lab with Michal Aviram you will learn how to conceive, pitch, write and deliver crime drama and thriller that is, crucially, not American to the powerhouse streaming companies like Netflix and Amazon Prime.

In this three-hour lab with Catherine, you will get to grips with the commissioning process, delivery expectations and the overall business of the children’s TV market.

Enrich and focus your story by immersing yourself in the lives of your characters in this three-hour lab for TV and film screenwriters.

How do you write a script that will be attractive to UK and international producers working in the £250K to £900K range? How do you make it cinematically rich and rewarding with a powerful story AND the ability to be shot cheaply and quickly?