with Andrew Zinnes and Genevieve Jolliffe 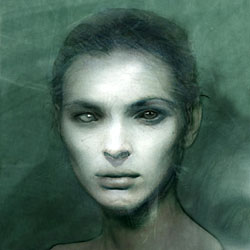 Here’s how the Hollywood Reporter broke the story…

‘Genevieve Jolliffe and Andrew Zinnes have set up the spec Absolute Angels at Warner Bros. Pictures, with Jolliffe attached to direct. Mosaic Media’s Charles Roven (The Dark Knight) and Alex Gartner (Get Smart) are producing. Karen Walton (Ginger Snaps) will do a quick rewrite on the project.


Angels, described as a female take on 1987’s The Lost Boys, centers on a high school outsider who is invited to join the cheerleading squad only to find out the girls are a pack of vampires.’

In this session, we will take you in extreme detail through the development journey of one project in Hollywood.

Genevieve Jolliffe and her husband Andrew Zinnes wrote a spec script called Absolute Angels about a small Midwest town being terrorized by a high school cheerleading band of vampires. It began life as a pitch for The Lost Girls, the sequel to The Lost Boys, about biker vampire chicks. And everyone in Hollywood wanted to hear THAT pitch!

Warner Borthers loved the spec script that Gen and Andrew had written, but they wanted a rewrite to accommodate some ideas of their own – plus they couldn’t make it as a Lost Boys sequel, and so that needed changing too.

They brought in a new writer to work with Gen and Andrew and several drafts later, everyone LOVED IT… The team began casting, secured big names for ‘table reads’, budgeting and scheduling, they even began interviewing HOD’s. But literally hours before production began, and after spending hundreds of thousands of dollars, Warner Borthers pulled the plug on Absolute Angels.

One year after the first pitch and the dream was over.

Why? The reasons are complex and completely ‘Hollywood’… and sadly, we cannot print them here. We can only share with you in the room in this unfilmed session. What is said in the room, stays in the room.

So this is a unique script to screen in so much as it’s script to ‘nearly’ screen… of how a British writer director got so close to a major Hollywood movie, she could smell success…

What you will get out of it…

If genre films are your bag and you feel you should be writing for Hollywood, this unique script to screen event is an amazing chance to get the skinny, from writers on the front line, on just how it works, and what you can do to find success.

Screenwriter, filmmaker and author of 'The Hollywood Pocketbook'