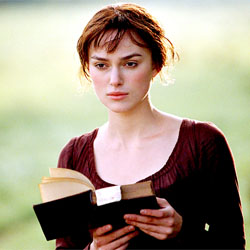 Adaptations can be a tricky business.  Whether it’s a book to script, ‘based on a true story’, ‘inspired by’ or a ‘written by’ project, guaranteed that none of these scenarios will be straight forward.

What are the specific pitfalls and perils of adapting a book, comic book, life story, or pre-existing movie or television show? In this session, Deborah Moggach – who has both adapted (Pride & Prejudice) and been adapted (The Best Exotic Marigold Hotel), Marcy Kahan (War and Peace, The Wizard of Oz) and Hugh Stoddart (To the Lighthouse, We Think the World of You) will discuss their own experiences in:

Come to this essential session to learn shortcuts, tricks and strategies that could save you valuable time and potentially much stress and heartache before you disappear down the rabbit hole of your own adaptation project.

Deborah has written 20 novels, 5 of which she adapted for TV and was BAFTA nominated for Pride and Prejudice, starring Keira Knightley.

Credits include: We Think the World of You, Remembrance

Hugh’s first film Begging the Ring won the Grierson Award and was screened by the BBC, beginning a long career as a screenwriter.

Credits include: War and Peace, The Wizard of Oz, Antonia & Jane

Marcy Kahan is an award-winning radio and theatre playwright and screenwriter.

Screenwriter, composer and sound designer with a passion for storytelling in all of those forms.

BlueCat's experience with sponsoring LSF was a walk in the park. We received great exposure and our brand was greatly enhanced by our association with such a top-flight organisation."