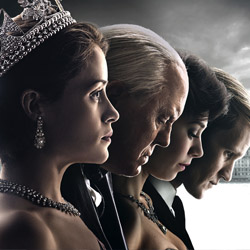 The market for period drama remains strong and steady.

Actors, directors, producers and audiences alike maintain a healthy appetite for prestige projects that brings to life a past that can otherwise only be experienced in your imagination. Though it may be tempting to see period dramas as little more than fancy costumes shows, the  foundations of story, character, and theme are just as important – in some ways more so when transporting audiences into the past.

Michael Hirst (Elizabeth, The Tudors), and moderator Sarah Williams will strap on their corsets and give you a glimpse into the challenges and rewards woven into writing a gripping period piece, such as…

Credits include: The Tudors, Vikings, Elizabeth

A master of Period Drama, Michael has been a screenwriter for both film and television drama for over thirty years.