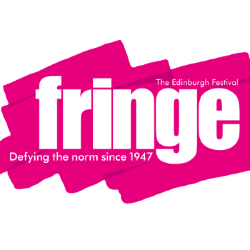 Whether you aspire to be an international superstar like Phoebe Waller-Bridge or a self-contained storyteller who can control every detail of your material, the path to success may just lead through the Edinburgh Fringe. Stand up comics, writers, actors, producers, and directors have blurred the lines between their jobs and vaulted the chasm between creator and audience using nothing but talent and determination.

And you can too.

Join this panel of Edinburgh Fringe successes for a rollicking conversation about the thrills and pitfalls of bringing your project to Edinburgh. Anecdotes and advice, stories and strategies, this session will inspire you with specific steps to get your work in front of a crowd…

Credits include My Mum's a Twat

Anoushka was selected for Channel 4's 2018 Screenwriting course. In 2019 her play, My Mum's a Twat, had a sold-out run at the Edinburgh Fringe.

Credits include Ghost in the Shell, Out of Sorts

Danusia won the Theatre503 International Playwriting Award for her play Out of Sorts and took Busking It, a gig-theatre piece based on her own experiences, to the Edinburgh Fringe.

Francesca is best known as the original producer of the multi-award winning and Olivier-nominated Fleabag by Phoebe Waller-Bridge.

Henry is an award-winning UK playwright and the Fringe's unofficial star writer in residence. In 2016, he joined J.K. Rowling in having written one of the 10 Best Plays Of The Year according to The Times.