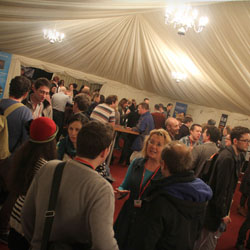 One primary reason writers and producers return to the LSF year on year is for the exceptional networking. It’s also the thing so many of us fear the most. Get a shot in the arm before the LSF and ‘own that room’!

We get it, none of us love networking.

In this session, festival director Chris Jones will prep you for an outstanding three days of relationship building during the LSF.

It’s not about making an impression, it’s not about how many people you meet, it’s not even about hunting down powerful people and making sure they have your card and script. It’s just about making new relationships, expanding your peer group and knowing how to deal with the fear we ALL feel when standing alone in that room.

Every person is a possibility.