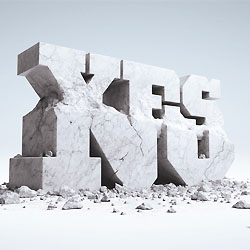 Even the most brilliantly-written script has to endure 99 rejections before finding that perfect fit. It’s Hollywood history that major networks including HBO, TNT, Showtime, and FX all passed on mega-hits Breaking Bad and Mad Men, despite their quality writing and impeccable pedigrees. What is it (beyond sub-par writing) that causes an executive to pass on a particular project?

Development Executive Andrew Gow (Raindog Films), Claire Ingham (Executive Producer, Company Pictures) and Adam Gyngell (Development Executive, ITV Studios) have been instrumental in developing a large slate of projects, including Paddington, Chasing Shadows and Shameless. But what projects did they allow to slip through their fingers and why?

And what can you do to avoid the pitfalls and pratfalls that paint a big red “NO” on your project? How many of these contributing factors are in your control at all? With a glimpse inside the minds of these executives, you will get a unique perspective on the many competing priorities that go into deciding what projects go green, and what projects go away.

This session will focus on excellence and positive strategies to turn that “NO” into a big, fat “YES”.

Prior to joining ITV, Adam worked in drama development for Screentime in Australia.

Andrew looks after Raindog Films’ development slate from the London office and is VP of Development for film fund, Silver Reel Partners LLP.

Nichola has been a Development Executive at BBC Films since 2013.