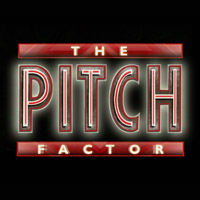 Have you got a script? Want to win some money? Want to pitch it to our industry professional judges? Put £5 into the pot and then you have 45 seconds to pitch your script.

And winner takes the pot!

Anyone at the festival can enter. Two time winner, LSF delegate Tom Kerevan, has this to say about the Pitch Factor… 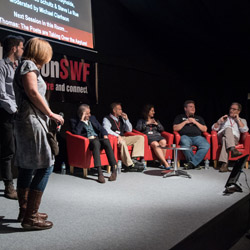 ‘£5 in the hat and we’re away – 2 minutes to pitch your idea. In the queue, I’m absolutely bricking it having changed my pitch a million times in the last half hour to get it under two minutes. It’s okay though, I’ve got about fifteen minutes before my go. Then all of a sudden, we only have 90 seconds. A quarter of the pitch is cut. The we’re told we only have a minute! Cut, cut, cut!

I’ve only just figured out what to say when the microphone is in my hand. Luckily for me, being a Quiz Master, that’s my comfort zone and all the nerves dissipate. I feel it goes well and then Ned Dowd says it was pitch perfect. Ester Wouda comments “That’s an elevator pitch.” 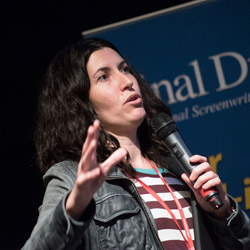 After all thirty-five have pitched the judges announce Nick Horwood’s ‘Mandemic!’ as second place for best idea and ‘Wreckers’ first place for best pitch! Incredible! Couldn’t be happier! Everyone was really complementary as well, which meant even more to be honest.

So what did I learn from the experience?

1. Practice DOES make perfect. I’ve been tweaking the logline for two years to get it absolutely right. That one sentence has had input from about 25 people. Charles Harris is not lying when he says you need to test it out on anybody who will listen and take what they say on board. 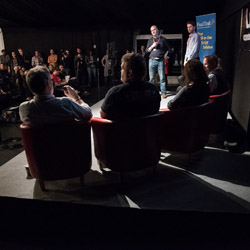 2. Less is more. If I’d had two minutes, I probably wouldn’t have won. There was a lot of fat on the two minute pitch that had to be trimmed. And of course, I didn’t need it. The judges commented that all the pitches got better when the time was cut to one minute.

3. That kind of pressure mirrors what could happen in real life. “Sorry, but Steven Spielberg is running late; your half hour meeting is now only five minutes. No, he forgot to pick up his dry cleaning so you’ve got the time it takes him to walk the fifty yards to his car.” Think quick!

4. There are some amazing ideas out there! There wasn’t one pitch that I wouldn’t like to see on the screen and my reaction to at least a quarter of the pitches was the dreaded, “Why didn’t I come up with that?!”‘

Killers, The Docket, The Last Victims

Joe Eszterhas is reading my script!"