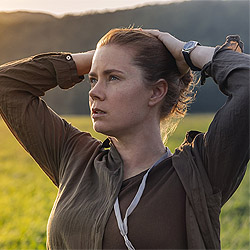 The Black and the White. What are stories? Why do stories exist? How do stories work?

David Baboulene demonstrates the link between the way the mind works and the way stories grip and engage us.

He shows us how to use this knowledge to create power in our stories, including a remarkable demonstration of how a story can create a memory that is as powerful and as meaningful as a real-world experience.

“David Baboulene is truly a master when it comes to the science behind storytelling.”
Craig Hinde, Producer/Director

“David’s approach to story really gets under the bonnet of your specific narrative, rather than relying on tired old structural dictates. Highly recommended!”
Alex Marx, Scriptwriter

“We cannot recommend David Baboulene highly enough. His insights and expertise on story creation have been invaluable, helping us get the script of ‘Hallo Joe’ to the point where we’ve sold the option and look forward to full production”
Mark Halliley & Perry Schaffer, Scriptwriters