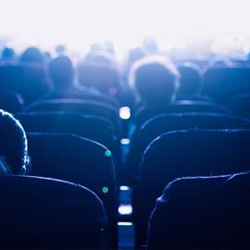 If you do your job well, the audience becomes a co-producer on the project as your story transforms into meaning in their mind. This session will reveal the story dynamics that use
the audience’s mental reflexes to generate grip and engagement.

If you show some Shakespeare to a two-year-old, they will not get the same story that you do. The narrative is identical for both of you, but the two-year-old sees a different story.

Authors think they write stories, but they don’t; they create narratives with knowledge gaps. It is the audience that builds the story for themselves, in their minds. This process is called ‘storification’ – and it is the most powerful and important dynamic in all of story.

The role of the audience.

In this session, you will learn the storytelling mechanisms that press audiences’ buttons so they get busy. They take ownership. They become co-producers on your project. And they love it.