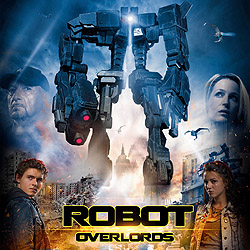 Join co-writer Mark Stay to see how this idea evolved from a two-page pitch to a finished film that premiered at the London Film Festival and topped the home entertainment charts.

Topics Mark will cover in-depth include:

Read the script (available in the booking & submissions page) then watch the movie on DVD/Blu-Ray or digital download ahead of the session to get the very most out of this in-depth dissection of one of the most ambitious UK genre films of the year.

Mark is the co-writer of 'Robot Overlords' which went from a two-pitch into a £7m indie British film starring Gillian Anderson.