with Lisa McMullin and Rachel Paterson 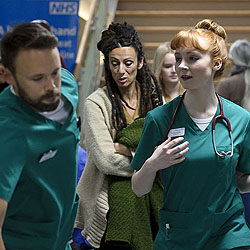 They were once delegates, and now they are on the stage at the festival sharing their journey to success.

In a session that will not be filmed, our speakers will share the truth about getting agents, pitching in the real world, researching jobs and shows, maintaining relationships, how to not get fired, how much you can earn, how to climb the ladder, working in a team, what’s expected of you at a granular level… Everything NO-ONE ELSE will tell you.

Candid, honest and relevant to the business today.

It was a great way to increase career prospects, by just meeting the people who can help, face to face, having a chat. You really don’t know who you might meet over a cup of tea and a cake..."