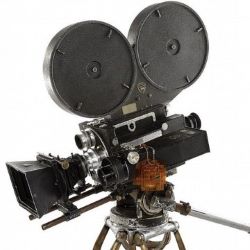 In this unmissable and epic session, we will breakdown a screenplay with an entire production team – cast, director, producer, production designer, costume designer, first AD… The whole team on stage as they translate the screenplay into a schedule and budget.

Expect to have your eyes opened and to experience a series of lightbulb moments as the production machinery behind a film or TV show is fully revealed. Festival director Chris Jones’ favourite session by far.

Betty is the youngest of 14 generations of actors in her family. She has worked on stage and on screen both in film and in TV from a young age.

Linda has worked as a costume designer in film and TV for many years on everything from period dramas to hit comedies and feature films.

Credits include Strange, The Escapist

Richard began as a runner for Ridley Scott and went on to First AD at Channel 4. He has worked with notable directors such as Stephen Poliakoff.