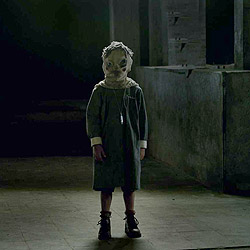 Stephen Volk is arguably a “dark master of horror” himself, with credits including of one of the best-remembered, most chilling TV terrors of all time – the BBC drama Ghostwatch.

In this disturbing session he will be exploring…

He will be basing his talk around his forthcoming book, The Dark Masters Trilogy. Brilliant film-makers like Guillermo Del Toro live and breathe horror culture, and it is only by acknowledging the giants whose shoulders we stand on, their skills and flaws as human beings, that we can understand and apply the nuances of the genre we love to stories we want to tell today.

Stephen’s most recent work includes ITV mini-series Midwinter of the Spirit and the supernatural thriller The Awakening starring Rebecca Hall and Dominic West.

He has worked in Hollywood with William (The Exorcist) Friedkin, and was writer/creator of the ITV paranormal drama Afterlife, and the 3-parter Midwinter of the Spirit starring Anna Maxwell Martin.

His very first produced screenplay was Gothic, directed by the legendary Ken Russell, a baroque phantasmagoria about the conception of Frankenstein in the mind of Mary Shelley (Natasha Richardson). Since then he has been fascinated by dramatising the lives of luminaries of the horror genre, such as Edgar Allan Poe, Dickens and Kipling.