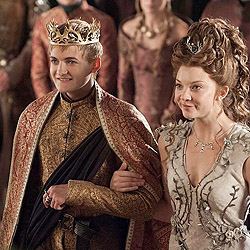 From Tatooine to Westeros, some settings wrap around the audience in a way that feels real.  Author and writer-producer Jeff Norton believes that, like character and story, a believable and immersive world is key to engaging audiences and suspending disbelief.

Norton takes an anthropological approach to world-building, creating a detailed  fictional universe by using the pillars that organize any society – such as economics, religion, geography, and history.