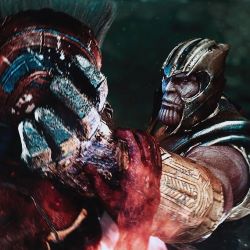 There is nothing like a well-drawn Nemesis to enliven a screenplay by functioning as a worthy foe to the Protagonist and creating the story’s central conflict.

In this presentation, you will learn key principles to help you craft a Nemesis who goes beyond the stereotypical Bad Guy to a living, breathing, and powerful antagonist figure.

Learn how to think of the Nemesis as a projection of your Protagonist’s shadow enabling you to create a psychological connection between these two pivotal characters.