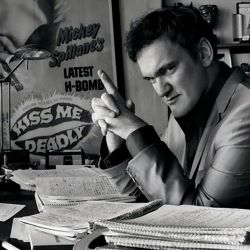 Prepare yourself for the life of a screenwriter by developing work habits you can carry forward into a pro career.