with Matt Fitton and Helen Goldwyn
moderated by Lisa McMullin 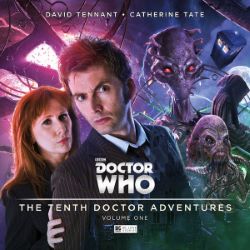 Big Finish Productions creates official audio dramas such as Doctor Who, Sherlock Holmes and The Avengers, adding depth to these story worlds in ways that television series cannot, and has been instrumental in keeping these legends alive. In this panel you will meet three of the content creators on the cutting edge.

In this session, you will…

Discover how to write exciting, limitless genre stories for audio – from sci-fi to horror, comedy to romance, and from the futuristic to the historical, audio drama can be anything.

Credits include Doctor Who, Torchwood

Helen produced and co-wrote the WWII series ATA Girl and has written for Doctor Who, Torchwood, Star Cops, and The Tomorrow People.

Credits include Doctor Who, The Omega Factor

All of it was awesome. This was my first LSF and to say my expectations were exceeded is an understatement – I learned as much as I did on my MA Scriptwriting course!"