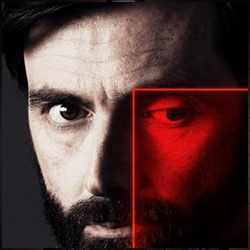 In the last decade, the industry has swooped and swerved seemingly at random. Streaming platforms replaced physical media and locally-held properties. Budgets swelled out of control as cinematic universes replaced stand-alone features.

At the other end of the spectrum, a micro-budget revolution inspired the truly creative-minded to innovate and find exciting ways to tell their stories for a worldwide market.

With Criminal UK, Germany, Spain, and France, George Kay has served both masters with aplomb.

Log in to this educational session to see the strategies he has employed to attract huge stars and distribute his stories around the globe.

A writer on the cutting edge of thrilling crime television, writing on Killing Eve, and creating Criminal, on Netflix worldwide

Killing Eve is the poster child for strong female leads and diversity in its well-drawn BAME and LGBT characters. But it’s not just its inclusiveness that makes it feel so fresh and authentic. Lucy V Hay discusses this iconic adaptation and why assassin stories never fail to capture the public’s imagination.