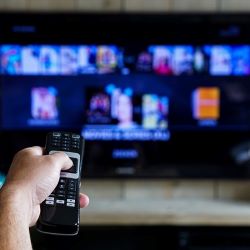 With the global video-streaming market expected to be valued at more than $125 billion dollars by 2025 (an annual growth of 20%), the trend is clear: the streaming market is not just for tech nerds anymore.

In 2019, 56% of adults watched at least some streaming content. All ages, all genders, all economic groups, all races, all sexualities are swapping the telly for the tablet, computer, phone – and, of course, the smart TV.

In this session, writers will hear from creatives and executives alike on how to break into this rapidly expanding market. Among the topics to be discussed:

Cut the cord and come to this panel for the best strategies to find your audience on Netflix, Amazon, YouTube, or elsewhere in the exciting world of streaming.

Credits include The Duchess, Alien Autopsy

Alexandra has co-produced Oscar-winning films and has run The Brit List for the last 12 years.

Credits include The Tunnel, The Suspicions of Mr Whicher

Jo began as a BBC Script Editor and went on to develop drama for Hat Trick, Kudos and Carnival.

Steve has experience developing drama on acclaimed shows such as Downton Abbey, Broadchurch and The Durrells.