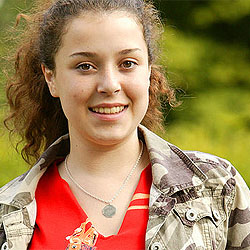 Children are a huge, diverse audience – and massive consumers of drama: on TV, at the movies and online. What’s more, writing for children is very different to writing for teens … One size does not fit all!

Writing for Young Audiences offers a unique challenge: kids and teens are quick to bore and are now more media literate than ever. Keeping them engaged without patronising them is a huge skill.

Tim has written hundreds of episodes for some of the world's most beloved children's shows.

Credits include: The Legend of Dick and Dom

Tony was a lead writer and co-wrote 17 episodes of the BAFTA nominated CBBC sitcom The Legend of Dick and Dom.

Screenwriter, composer and sound designer with a passion for storytelling in all of those forms.

Young gun Chris has his first feature screenplay due to start shooting later this year.

One of the best hours of my life – the Actors' Table Read at LSF."