with Rebecca Root and Ben A Williams
moderated by Gail Hackston 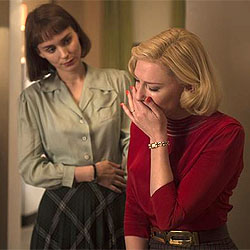 Good riddance to the days where it was acceptable to portray gay, lesbian, and trans characters as mincing caricatures or misunderstood murderers. Creating characters in the LGBT community requires a deft touch, respectful of the honest experience while recognizing the very notion of seeing the community as “other” is, in itself, dangerous.

In this necessary and insightful panel, writers who have made an impact writing authentic LGBT stories and characters will discuss:

For any writer, considering the feelings and experiences of their entire audience can only help serve them better. Seeing this informative and societally-aware panel will make you a better writer and a more informed citizen of the filmmaking community.

Credits include: The Pass, Stonebridge

Ben's debut feature 'The Pass' was nominated for Outstanding Debut at the 2017 BAFTA Film Awards.

Gail's short, Cancer Hair, won Best Fiction and Best of Fest at the Isle of Man Film Festival, and IMDb New Filmmaker of the Year at Bath Film Festival.