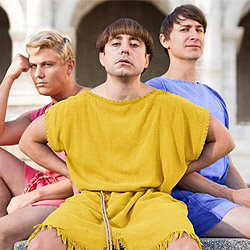 We’ll look at the big picture of sitcom-writing, as well as the fine detail of why a script might not be working. We will take some of today’s hits apart by taking a scene, examining how it’s constructed, explore how the writers crafted the beats, and perhaps how filming then buggered everything up.

We will also examine why some sitcoms work, where others don’t. Why do the hits appeal to their audience and why are they funny? Why do some hit comedies get revived, while others are relegated to endless repeats? Is it the concept? Is it the writing? Casting? Running time? Narrative arc? So many possibilities.

Join us for what will be a fascinating in-depth examination of the journey from script to sit-com scene.

Nat and James created Netflix comedy Sick Note and are Creative Directors at Stolen Picture, set up by Simon Pegg and Nick Frost. 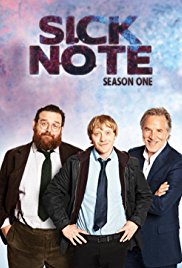 Credits include: Plebs, How Not To Live Your Life

Sam is the co-creator, writer and director of 'Plebs', the multi-award-winning Ancient Roman sitcom.

Tom is co-creator and co-writer of 'Plebs' and has written for some of the best comedy shows.