with Gub Neal and Lucy Watkins 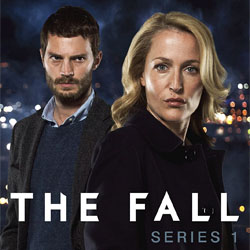 Gub Neal, Emmy award winner and veteran producer and commissioner of such groundbreaking shows as Cracker, Prime Suspect, Queer As Folk and The Fall, offers up no nonsense insight into breaking through the mysteries of the commissioning wall.

Gub and the panel will focus on helping you understand the reality of selling your project, how the global market has really changed the conventions of the pitching game (yes, it really has!) and how to increase your chances of not just selling your script, but also barrelling through the rapids and reaching the land of the green light.

Get your project in the best shape it can be for both a competitive as well as exciting marketplace in 2020.

Lucy has written many hours of prime time drama. She first learnt her trade as a Music Supervisor and Script Editor at Carnival Films on 56 episodes of Channel 4’s award-winning teen show As If.

My first LSF was a blast. It brought me out of my shell. I can now say with confidence that I am a writer!"