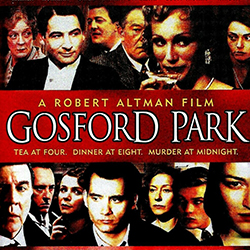 Executive Producer Robert Jones has worked with everyone from Robert Altman to Christopher McQuarrie, from Keyser Soze to a man-eating Great White Shark. And now he is financing films in the 21st century. Join the Zoom conversation with a man who is more than an executive. This guy produces.

A prolific Executive Producer responsible for 30 years' worth of movies, from indie classics to arthouse hits.

Three of the UK’s most high functioning creatives joined us for this special session focusing on the brilliant and phenomenally successful Sherlock at 2017’s LSF. Tune in to hear their insights and be inspired by their brilliance.