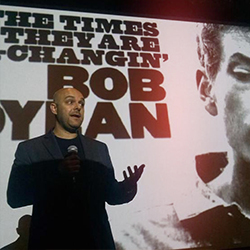 8:00 What I Learned Directing 100 Episodes of Television with MJ Bassett

With directing and producing credits on some of the biggest television shows ever, MJ Bassett has a unique perspective on where television has been, and where it is going.

10:00am Finding Your Creative Flow

There’s nothing quite as thrilling as finding your creative flow. That ease and joy that opens up when you hit your groove and the creativity just pours out of you, is just blissful. Meditation offers a powerful doorway to this place.

7:00 The Writers’ Journey with Christopher Vogler

A half-million book sales, the creator of the story blueprint that defined movies for more than 20 years, and certified legendary status in the industry. Not a bad CV. Chris Vogler returns via Zoom to advise and enlighten all of us.

Every single person comes away from LSF buzzing – it's just bloody phenomenal and I've already booked a ticket for the next one!"