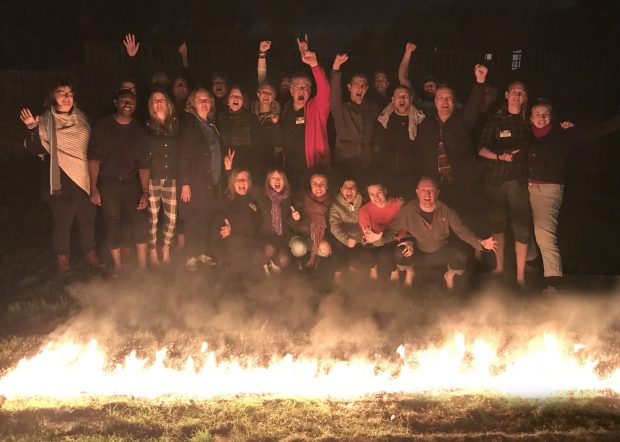 Flash back to the London Screenwriters’ Festival, 2016. During the festival’s closing presentation, I sat next to someone who said he was part of the Talent Campus. Newbie that I was, I had no idea what he was talking about. After reading up on it, it seemed to be composed of screenwriters who, although emerging, had written a lot more and knew a lot more than I did. I thought I’d never get to their level.

Then I got sick, and as I lay in the hospital bed or sat in the chemo chair, I resolved to finish my first screenplay and do what I needed to do to apply to Talent Campus. Frustratingly, I couldn’t actually write. The chemo drugs and painkillers gave me a massive case of brain fog that made it impossible to focus. I couldn’t even read anything longer than a magazine article.

I had a ticket to the 2017 LSF, but was too ill to go. I was still on chemo in 2018 and wasn’t sure if I’d be strong enough to attend, but went for it and managed pretty well. At the end of the festival, when Chris Jones said there were sign-up sheets for information on the next Talent Campus, I made sure to fill in my contact details.

By the time I applied, I was on the final draft of my screenplay Back in Time, had a 50-page file of screenplay ideas, and a handful of loglines for upcoming projects. I thought the writing samples I entered were strong, so I was optimistic about getting in. And I did!

I read anything I could find about Talent Campus. I knew there was a lot of hugging. I knew TC sometimes made you uncomfortable, and that tarantulas were involved. I also knew an amazing bond would be forged between campers. Must be all that hugging. 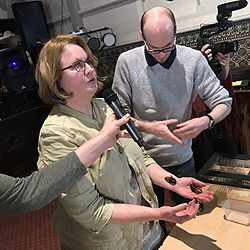 I didn’t know that the tarantulas, hissing cockroaches, broken glass underfoot or  FIREWALK would be less scary than my own stuff. The broken glass felt soothing, the hot coals didn’t actually burn and the cockroaches were kinda cuddly. What was really frightening was my fears: my fear of totally letting go and making an ass of myself, my fear of misunderstanding something and getting laughed at. I don’t know where all that came from, but once you put your fears under a microscope and challenge them, you see how ridiculous they are, and can let them go.

The first 5 days of Talent Campus were intense and exhilarating. Some of the amazing speakers we had included Samantha Horley, Gareth Unwin, Tony Jordan, Tony Grisoni, Catherine Williams and John Yorke, and later Linda Aronson, Joey Tuccio and Pilar Alessandra met with us by videoconference.

Having a month’s worth of professional mentoring was worth it alone. My mentor was the fabulous Lucy V. Hay, who gave me honest, constructive feedback on my projects. The books she recommended I read were so on-target that she could see my writing improve week to week. Due to her mentoring and feedback, the stories I worked on have had  potential pitfalls ironed out before they’re written. 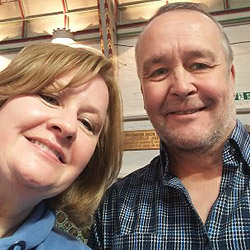 If you’re on the fence about applying, just do it. I entered Talent Campus a hobbyist, I left a professional writer. Two days after it ended, I got my ass out of bed on Sunday morning and attended my first session of a writing group that I joined six months earlier.

It was funny hearing Chris Jones use my home state of California as an adjective to describe anything wacky or unconventional, but now I do the same. I’d describe Talent Campus as part boot camp for writers, part Californian self-help group. You’ll leave more confident, more determined, more kickass. Best of all, you’ll be supported by shiny new writer friends, who literally walked through the fire alongside you.