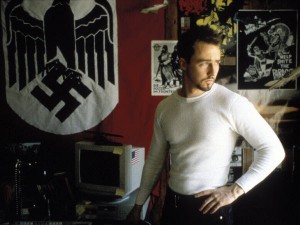 So, genre is the name of the game at the moment – and if you’ve got a low budget feature with a marketable concept and a commercial hook (especially if it’s a Comedy, Horror or Thriller), you *could* be laughing.

BUT you don’t like Comedy, Horror or Thriller or any of their subtypes or cross genres. Those are not the type of story that interests you. You want to write about the minutiae of life; the “low concept” ideas; those devastatingly insightful character studies that could change the world!

What, no one wants these?? Supersadface.

WAIT! Whilst drama might seem like a genre (in that genre only means “category”, essentially), the industry sees drama as *something else*: those movies that can’t be sold as easily to distributors and audiences, basically. And even having stars in them doesn’t always help, however good those movies are!  No one makes stacks of cash off the back of a drama …

… Except those that do. Oh and drama movies are more likely to win prestigious awards and gain critical acclaim, did I mention that? There’s no doubt about it:

But in order to take advantage of this fact, not only do you have to take a major financial hit (and persuade a producer and filmmaking team to do the same, making a drama on as low budget as possible AND hawk it round the film festival circuit, possibly for YEARS), you have to make sure it is THE BEST WRITTEN DRAMA SCRIPT EVER.

Yet the average drama screenplay in the spec pile is NOT the best written drama script ever. Very often, its “emotional truth” – an absolutely essential ingredient in any drama screenplay – will be missing. Instead, it will be an amalgamation of a number of clichés associated with this type of movie:

Yet the automatic notion a “drama screenplay = depressing” is not true. Whilst some dramas are indeed devastating, I put it to scribes frequently that sadness is NOT the defining the feature of the drama screenplay but …

1)     Everything’s Ruined. Perhaps directly responsible for the notion of “depressing drama”, this subtype of genre will cast protagonists on journeys where they will quite literally ruin things FOR THEMSELVES: they are their own worst enemy. Dramas in this vein are typically excruciating, as we see these characters’ downfalls and wish it could all be different. Movies in the “Everything’s Ruined” subtype include HARSH TIMES; ONCE WERE WARRIORS; BLUE VALENTINE; SWEET SIXTEEN; REQUIEM FOR A DREAM; AMERICAN HISTORY X.

2)     Life Affirming. Somewhat inevitably, life affirming movies ask us to be thankful for what we have, rather than reach for what we don’t. As a result, these movies will feature personal struggles for health and happiness, meaning protagonists must often battle serious illness (especially cancer) as in STEP MOM, THE BUCKET LIST or DYING YOUNG. Sometimes these films are about the effect of that illness on another character, such as MY SISTER’S KEEPER or ABOUT A BOY.

Occasionally, a movie like BROKEBACK MOUNTAIN seems to deliver on the “everything’s ruined” motif, but swerves at last minute: we know that having lost Jack, Ennis will learn his lesson on embracing his true self at last, not just by accepting his daughter’s wedding invite, but the poignant moment he addresses Jack’s shirt hanging on the wardrobe (the only thing he has left of him): “I swear …” This can happen in reverse too, with Lester’s shock death in AMERICAN BEAUTY, just after he’s made his own realisations.

3)     Sports & Competitions. Sometimes taking us towards thriller and comedy elements, this subtype places a contest at the heart of the narrative: a protagonist must find his or her place within a team and/or inspire them as a leader or similar, as in FAST GIRLS; BEND IT LIKE BECKHAM; or LITTLE MISS SUNSHINE. These movies typically make their characters realise what’s “important”, most often being who they need to be, signified in a free spirit character like Olive in SUNSHINE.

4)     Biopic. Placing in/famous people at the helm, we’re frequently given a glimpse of the struggles of that famous person most often “behind closed doors” and asked to at least understand them, if not sympathise. Movies in this subtype include THE KING’S SPEECH; SID AND NANCY; THE ELEPHANT MAN; HUNGER; ELIZABETH.

5)     True Story. Almost the reverse to the biopic in premise, this version charts the struggles of a non-famous person as they (usually) gain notoriety in the public eye for something unusual or impressive, as in LORENZO’S OIL, ERIN BROCKOVICH or CHANGELING.

6)     Courtroom. Unsurprisingly, a courtroom drama places legalities at the heart of the narrative and is one of the only times we see lawyer characters as real people, rather than corporate bloodsuckers, as they struggle to prove other characters’ innocence or a controversial theory as in A TIME TO KILL. Courtroom dramas often use twists or ambiguous storytelling, as in THE LIFE OF DAVID GALE and THE EXORCISM OF EMILY ROSE.

7)     Non Linear. Though non-linearity is most often “sold” as a Comedic or Thrilling function, this device just as frequently re-orders a drama narrative for added insight/realisation or “lesson”, as in SLIDING DOORS, ETERNAL SUNSHINE OF THE SPOTLESS MIND, 500 DAYS OF SUMMER and MAGNOLIA.  (These movies are separated from say, GROUNDHOG DAY which is a comedy, or VANTAGE POINT, a thriller – by tone, structure and storyworld).

8)     Dramedy. Dramedies are often marketed as comedies, yet they frequently deliver an insightful life-affirming or moralistic “lesson” on an important issue or part of life for the characters and thus for the audience. Often whimsical in tone or storyworld, movies like JUNO, GARDEN STATE and SIDEWAYS are not subtle when they tell us what the “right” thing is, though they don’t lecture either.

9)     War/ Political. As it says on the tin, the war movie is frequently one of the least low budget drama screenplays, though it can depend on the story. War movies are frequently sombre affairs and focus on its horrors, though sometimes these films focus on smaller, more personal journeys within a larger conflict as in SAVING PRIVATE RYAN. A surplus of WW2 movies in the past and the “War on Terror” has meant a surge of audience interest in stories like RENDITION, ARGO and MUNICH.

10)  Culture Shock. Finding one’s “place” is very much part of this section of drama, so topics like immigration, “rags to riches” and school are popular, as in movies like EAST IS EAST, SLUMDOG MILLIONAIRE and DANGEROUS MINDS. This section of drama inevitably includes family, “coming of age” and “coming out” too: THE ICE STORM; SECRETS AND LIES, MURIEL’S WEDDING, MY SUMMER OF LOVE and BEAUTIFUL THING are all great examples.

Want to write an insightful drama screenplay, full of emotional truth? Then know where it sits in these ten subtypes; of course, some of these movies exist in more than one subtype, but there will nearly always be one element that “overrides” the rest, so it pays to know which one yours is.

But whatever you do, don’t just make your drama screenplay “depressing” and tick those cliché boxes. Instead, make it a very personal journey for your character/s and make them STRUGGLE for that goal and/or realisation, whatever it is.

BIO: Lucy V Hay is a script editor, novelist and blogger who helps writers via her Bang2write consultancy. Lucy is one of the organisers of London Screenwriters’ Festival and currently involved in the Hitman Thriller Assassin, shooting in London next month.