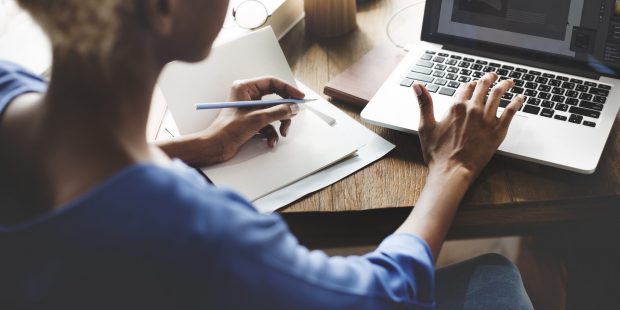 Do you have a low budget screenplay waiting to get made? We are looking… (find out more HERE)

So… We received over fifty submissions in the first 48 hours of putting the script call out, and it was my job to read them all. These are the 5 important lessons this assignment has taught me about writing the screenplay most likely to pass from beyond the script reader to those with the power to produce it.

#1 Know Your Limits and Theirs

Every screenwriter, myself included, dreams of writing the next Hollywood blockbuster. However, by the rule of statistics alone, most scripts won’t get that level of budget put into making them into films. While the democratization of filmmaking through video cameras, smart phones and YouTube gives the modern screenwriter far more opportunities than ever before, if you’re writing a script, you need to have a ball-park idea of what resources it will require.

Our call was for feature film scripts that could be made into a low-budget movie, by which we meant limited characters and locations, no VFX, animals or children, and set in the present day. In America, low-budget might mean $1 million or under. In the UK it more typically means £100,000 or less. We were open to any genre except comedy, as that would narrow our market too much due to comedy not traveling well.

Some applicants tried their luck! We received multiple scripts for short films, at least one TV pilot, and several feature scripts that would have cost tens of millions to produce. My coverage report contains a “practical concerns” section —primarily to note aspects of the script that would be costly: crowd / action / underwater scenes; vehicles; weapons; elaborate wardrobe, etc. A good question to ask yourself, perhaps before submitting your script, is “what would it take to film this?” The simpler and cheaper the answer to that is, the more appealing your script will be to indie producers.

One good way to show a producer you understand the practicalities of filmmaking is to state what you could provide in your synopsis. If you’ve written a movie set on a submarine and can get access to one for free, or very cheaply, tell them.

The importance of a “killer logline” and the need for a dramatic hook cannot be over-stated. The one to three sentences that best explain your film’s plot may be the most important factor in determining whether or not your script will even be read. Your premise should be original. Of course, there is nothing new under the sun, especially in filmmaking, so you need to make your idea sound fresh by adding a twist. Don’t just add one slight spin on a classic premise though; add two, three or four.

Which of these two premises do you think a script reader would be itching to see played out:

“A former CIA agent must rely on his old skills to save his estranged daughter who has been kidnapped by sex traffickers while on a trip to Paris.”

(Yeah, I know. These would not be low-budget movies — this is just by way of illustration.)

“Premise” is just one letter away from “promise” for a reason; the second logline above lends itself to all the things that make a movie worth watching; stakes, action, conflict, drama, plot twists… Milk your premise for all it’s worth. Also, if there’s an important issue or philosophical concept your premise brings to mind, think like a Star Trek writer and explore it. You want your script reader, and the producer they pass your work onto, to think “this is a great premise, and this is exactly the story to dramatize it.”

Learn how to write killer loglines with Bob Schultz: https://www.screenwritersfestival.online/Logline-Clinic

Continuing on with bridging the gap between the script itself and what you submit along with it, don’t underestimate the importance of a good one-pager/summary in ensuring your submission actually gets read. There’s slightly less of a formula in this department than there is for loglines, but my main advice is:

Learn how to write a one-pager that sizzles with Bob Schultz: https://www.screenwritersfestival.online/killer-one-pager

#4 Hit Me With Your Best Talk

One of the elements of a good screenplay is *good* dialogue. But what exactly makes good dialogue? There are a few things most screenwriters agree on; it sounds natural, it’s the right amount for the scene, characters sound different, etc. My advice is: don’t be too subtle. Try to include a few memorable lines that people will want to share.

If you want your script reader remembering how great the dialogue was as they close your script, then give your various characters whole different vocabularies; make them interrupt each other, stutter and ramble in almost every scene like real people do. Joss Whedon is no longer one of my heroes, but nobody can deny he knew how to write dialogue that was a treat in and of itself because it was witty, had a good flow, and each character always said no more or less than they needed to for each line.

This final bit of advice is in a slightly different vein than the previous four points, but it is still important and may well determine whether or not your film gets considered by executives: is your script dated, or even offensive? I read two submitted scripts that took place in malls, a part of life already in decline and alien to an increasing percentage of the populace even before COVID-19. This is not a wholesale indictment of every new film script that takes place in a mall, but rather a reminder that as times change, scripts need to as well. Producers will ask you, why does / how will this story resonate with modern audiences?

Cultural attitudes change too. Many of the submitted scripts had credible female characters with agency who weren’t just there as tokens, or to make the male characters look good in some way, but a few others had women in rather passive roles. One script began with American police shooting an unarmed black man, but only as a plot device to get the protagonists together, and the serious issue was promptly forgotten about. Regardless of your political convictions, you need to have your antennae attuned to potential offense, as a controversial film will likely not be as profitable. And a script reader cannot ignore this fact when deciding which scripts to recommend, no matter how well written your script may be.

Those are the five main lessons I’ve learned reading dozens of submitted screenplays. I hope you all take them to heart, or at least stop sending me TV pilots for a movie script call!