LondonSWF is fully supportive of equality in screenwriting (both in front of and behind the camera!), so we were delighted to hear so many in the industry are waking up and thinking about these issues, too. Check this article out for more, plus our links at the bottom of the post. 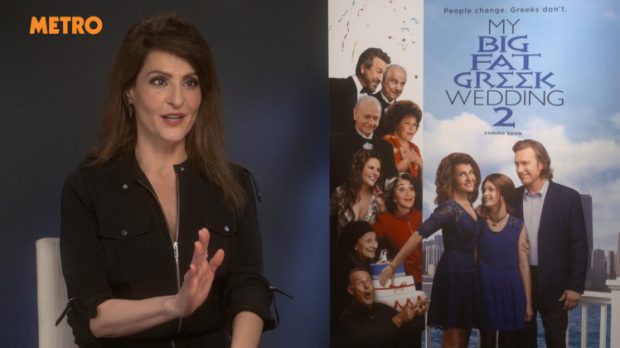 Fifteen years after it became an unexpected box office barnstormer, My Big Fat Greek Wedding’s Nia Vardalos has brought the gang back together for a sequel.

And the actress and writer – who returns as the first film’s long-suffering Toula – has revealed just how she tries to represent everybody as equally as possible when it comes to writing screenplays.

Nia Vardalos explained that she tries to be as inclusive as possible when it comes to writing screenplays.

Nia added: ‘I try to do equality in my screenplays in that everyone is represented, and I’m hoping that we can drop a little hint to other screenwriters.’

More On Diverse Characters on the LSF blog:

For even more on screenwriting equality and on writing female characters, check out LondonSWF’s great article from playwright Ness Lyons HERE, which has simple, effective writing exercises, or click the pic on the left.

For some good food for thought on writing LGBT characters, check out this great LSF article from writer/director Gail Hackston on her favourites from produced content in films and TV, or click the pic.

Or perhaps you want to think about adding DEPTH to your characters? Then check out script consultant @SoFluid’s insights HERE, or click the pic.

The speakers were excellent. I had the opportunity to pitch twice, resulting in five producers taking my one-pager."