A few of the faces I saw around the festival today… 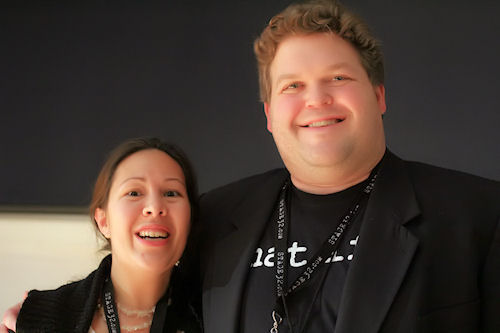 Writer, Teenie Russell and Great American Pitchfest director Bob Schultz may be from different sides of the pond but have both been adding their personal charm to the festival and making friends wherever they go. 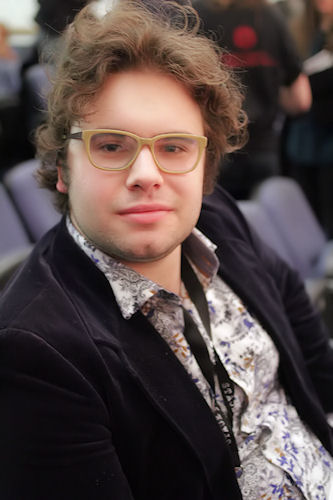 Thomas Fletcher is a writer and filmmaker who would like to sell a screenplay next year. 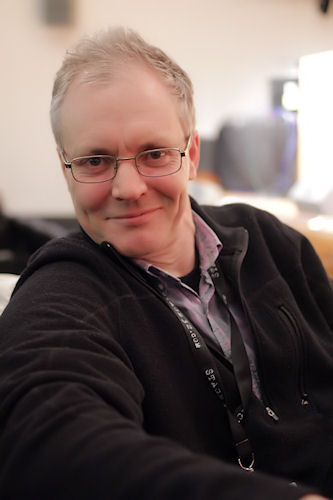 Donald Rae, a screenwriter originally from the UK is now based in the US and teaches screenwriting at The Film School, Burlington College. 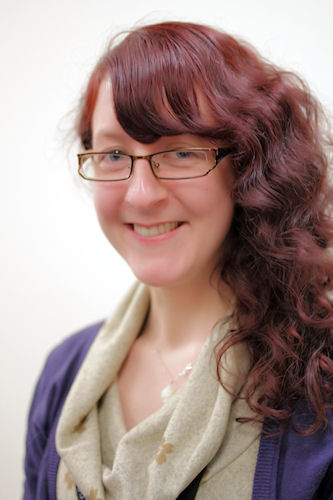 Script consultant, script editor and writer, Michelle Goode has been using her script editing skills on the delegate screenplays. 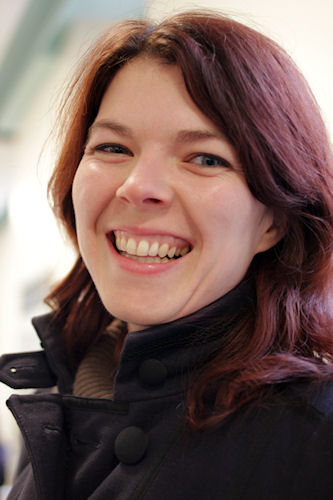 Writer/Director Ruth O’Donnell has been enjoying the seminars as you can see from the smile on her face. 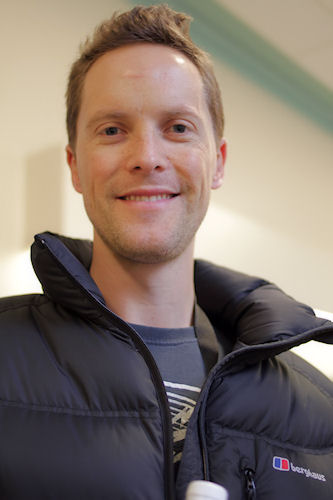 Robert Bath came along to the festival wanting to get ‘a gentle nudge’ as he’s an arch procrastinator. Now you have his picture if you see him in real life make sure that he’s writing! 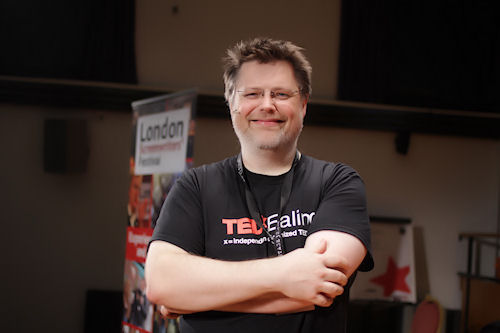 Chris Jones looking remarkably bright after three grueling days of work as Creative Director for the festival. Thanks Chris, from all of us for bringing us together.

And of course the festival would not function at all without the amazing staff and volunteers who look after everything for months ahead of the festival and constantly during the three long days. They do tremendous work and the standing ovation they received was well deserved. 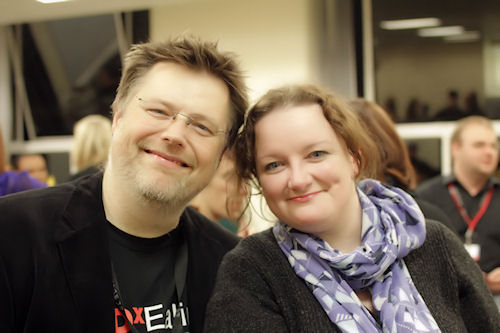 Tired but very happy I shared a drink with Chris Jones, it’s been a privilege to blog and tweet from the festival and to share a little of the atmosphere that the festival and it’s incredible speakers creates. The actual amount going on is tenfold what I’m able to share and I can only recommend that you get yourself along in person next time around. Until next year I hand back Chris’ blog and hope that whether you were at the festival or keeping abreast from afar, you have enjoyed the words of so many intelligent, caring and immensely dedicated writers.

There’s always a couple of more personal moments I experience at the festival that don’t really belong on the blog but that it’s nice to put somewhere and treasure. I’m an author on Cowbird.com a (free to join) storytelling website that acts as a site for sharing personal stories and observation, a library of human experience. As well as the festival faces I’m linking a couple of my Cowbird stories each day to show you the site and the moments and to invite you to try Cowbird out for yourself. It’s a great discipline for regular writing.

Today’s Cowbird stories are Pitched by a Goose! and The Tweet Is Out There which show both the silly and the serious sides to LSF, experienced in two, very different solitary moments I took time to reflect upon..

Chris Jones, is already working towards next year’s London Screenwriters Festival and the many moments and experiences, inspiration and connections it will bring to those there.

In the meantime, writers write!