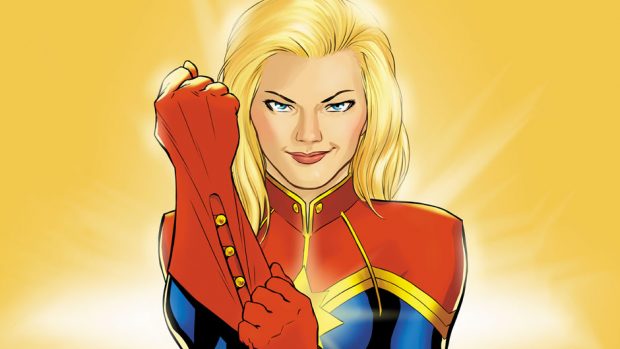 Waaaaaah disappointing news, comic book and superhero fans …  Joss Whedon confirmed he won’t be directing CAPTAIN MARVEL, the first movie centered on a female superhero to come out of the comic-book brand’s cinematic universe, set to hit cinemas in 2019. Booooo!

But, Whedon told TheWrap, he’s glad to see a woman leading a superhero movie in the Marvel Universe. (The role is yet to be cast.)

“Kevin Feige fought a mighty fight to get her on the schedule. So it’s a start. You could say that should be a middle, but it’s a start,” said Whedon, directing his comments at Hollywood as a whole and not Marvel specifically.

But the good news is, Hollywood’s hottest director is definitely working on a script:

“It’s about a girl who goes through some unbelievable sh-t,” The legendary writer/director said, “It is an original screenplay that is very different from everything I’ve ever done, except for that it’s exactly the same.”

Whedon revealed this during an interview last week for the inaugural HeForShe Media Summit in Los Angeles, where he was honored for his work on behalf of women’s rights.

On THAT troublesome Act 3

Whedon said he hopes to finish the script in the next couple months, “if I could just get a little more traction on that third-act issue.”

So glad we’re not the only one with this problem!

“It’s the first time in my life I’m writing without a sort of studio audience rating — without a plan,” Whedon added. “I’m just writing about something I care about, so it’s a little terrifying and it’s taking a little longer. But I think it will be good!”

The Top 5 Female Character Stereotypes & 1 Tip To Avoid Them

8 Ways To Add Depth To Your Characters (And Plot)