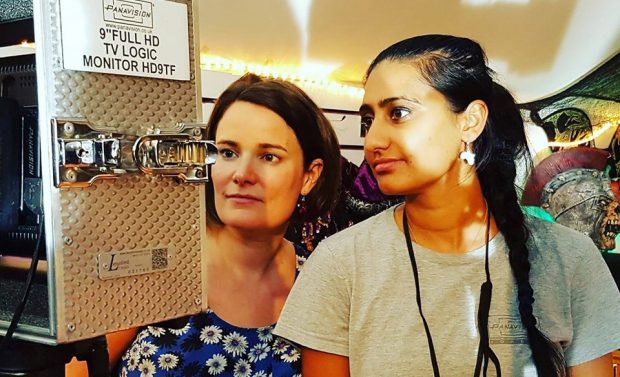 Getting to a key event a little early is always a good idea at LSF but sometimes it can be the most important part of the whole festival!

Don’t ever stand looking at your phone at an LSF event. That’s the very best time to chat to people around you and that’s exactly what I did excitedly waiting to go in and “Meet the Experts”. Also getting the experts help was Tom Lockridge, a smiley guy who turned out to be from Kentucky. I hadn’t come quite as far as him but we’d both come for the same reason, Pitchfest, so we agreed to meet up after and practice our pitches on each other.

We liked the sound of each other’s projects and we continued to network, chat, laugh and generally swap life stories over the rest of the weekend.

He returned home to his production company, Lucky Day Studios, and began shooting a feature he had co-written – Midway To Love – which premiered on French TV a few weeks ago. He shared stills with me via email, along with a huge amount of excitement, as the process unfolded.

I kept him up to date with the development of my production company Linger Longer Films, and our latest short film, He’s So Good With The Baby, which I filmed in June. Shot by the incredibly talented Aman Sahota – she works for Panavision and utilised equipment from there – it is currently in post production and is being edited by the brilliant  Carly Brown from Molinare and will then be graded at StormHD post house. It is a super short looking at the insidious nature of domestic violence running at just under five minutes. See below for a couple of stills and BTS.

As these projects developed Tom and I continued to swap writing techniques and share stories and we began to discuss the possibility of collaborating on a feature film involving both London and Kentucky, our friendship giving us a great USP. Over the next few months we used whatsapp voice messaging to stay in touch, bouncing ideas back and forth in my high speed London accent and his slow Kentucky drawl. Last month we signed a contract as co-writers to write “A Home across the Pond” a romantic comedy drama about a British lawyer who is sent to Kentucky to convince a stubborn farmer to sell the family farm to make way for a retail development. She becomes enchanted by their way of life and must choose between advancing her career and opening her heart to a whole new world.

His studio will have first option on producing it and we hope to sell to territories in Europe as well as to Hallmark channel. This is my first paid screenwriting gig and I will travel to Kentucky for the shoot, as and when we get to that stage.

So the moral of the story is whenever you arrive early for an event look up from your phone. You never know who that person waiting next to you might be or where a friendly smile and a chat may lead you! I never would have dreamed it would lead me to Kentucky, USA! 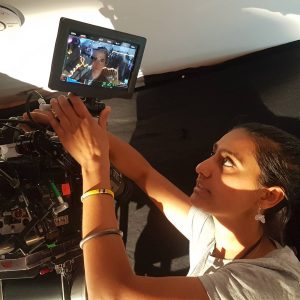 For more details on what Lucy’s up to follow @LingerLongerFilms on instagram where you can see great pics of shoots, cast and their wonderfully diverse crew. Linger Longer Films are committed to 50/50 gender split in their crew including at least one woman in the camera department, where women are still so under represented. They actively encourage folk from all backgrounds to work with them – Lucy says “Our crew looks like our lives look. Colourful, genderful and fabulous!”

More info on Lucy’s projects on www.LucyLinger.com or Twitter @LucyLinger Lucy co-ordinates a lose network of over 40 writers who meet up to share work, give feedback and collaborate. For more info or to join email lucy@lucylinger.com 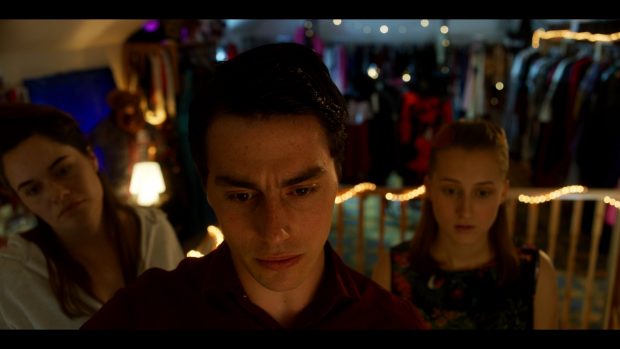 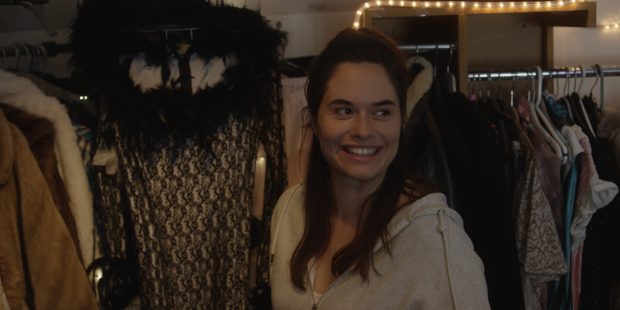