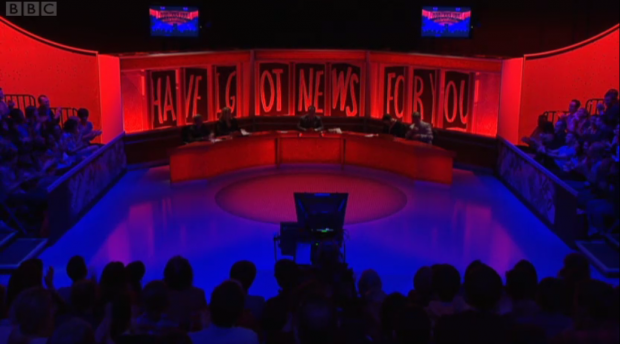 In truth, topical comedy is not one of my strong points – probably because I can’t tell the difference between David Cameron and Nick Clegg (maybe there isn’t one). I’ve tried several times to get my topical jokes on the radio, but without success.

However, I know it’s one (maybe the only) way to break into comedy writing. So determined not to give up, I applied for the comedy lab with Ged Parsons (writer for Have I Got News For You, Mock the Week, amongst others). Five of us applied and we all got a spot on the lab – there were six places. I’d be lying if I said I wasn’t disappointed that I hadn’t been chosen for my amazingly funny jokes, but Lucy V Hay wrote a very nice LSF post about it and I was chuffed that I’d bitten the bullet and applied. Chuffed and very nervous. 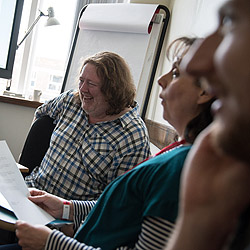 I needn’t have worried, as despite my crippling nerves, Ged was great and soon put us at ease. We’d had a video conference with him and Chris Jones two days before. We introduced ourselves and had a chat about what we wanted out of the lab. Ged gave us exactly what we asked for – tips on how to write better jokes, writing for the BBC, details of his writing career and ideas on breaking into comedy writing (basically through open door radio programmes like Newsjack). We took along the jokes we’d submitted for the lab and some ‘homework’ so we could use fresher ones. Ged did a fantastic job of going through our work and telling us where we could improve, while still being encouraging. As you know from being a writer, encouragement can be very rare. And for a comedy writer, it’s even rarer, as you’re usually told quite blankly “it’s not funny,” while they stab you in the heart with a sharpened pencil.

At the end of the lab, Ged suggested we did a project – we send him picture captions, he’d review and tweak them, and then he’d forward a selection to the HIGNFY producers. He also offered each one of us a chance to see a recording of the current series. We all went away with a spring in our step and over the last week or so, we’ve sent him various captions. Ged also sent us an article he wrote for the BBC Writersroom about Not Giving Up.

With all this in my head, I sent off a few captions and tried to forget about it. Next thing I know, Ged sends us an email saying the producers really liked something from everyone’s batch – so much so, they’d decided to put one in the recording. Mine! Featuring Mexico, Prince Charles and a cup of tea. Along with Ged’s tweaks, they added their own and put it in the recording with five other captions. They only choose three captions for the finished programme.

I watched that Friday with a blanket over my head and a spoon in my ear (ok, maybe not the blanket)… waiting….waiting… and it’s in!!! I can’t believe it. I’ve got a joke on HIGNFY (shown 07/11/2014). Exactly two weeks after attending the comedy lab.

Hopefully it doesn’t stop there. My fellow labbers, Chris Dingli, James Huntrods, Mark Hibbett, Lynn Robertson-Hay, and I are going to continue sending captions to Ged. Keep your fingers crossed for us. Even if we don’t get anything on, having a real-life comedy writer read and improve our jokes is worth the LSF ticket alone!

And it’s all thanks to Ged Parsons, Lucy V Hay and the lab readers, Chris Jones and everyone at the London Screenwriters’ Festival.

And not giving up.