We always support and highlight female screenwriters and talent wherever possible at London Screenwriters’ Festival, so we found Abi Morgan’s points about careers, writing and storytelling at Advertising Week Europe REALLY interesting! Here’s what she said … Enjoy! 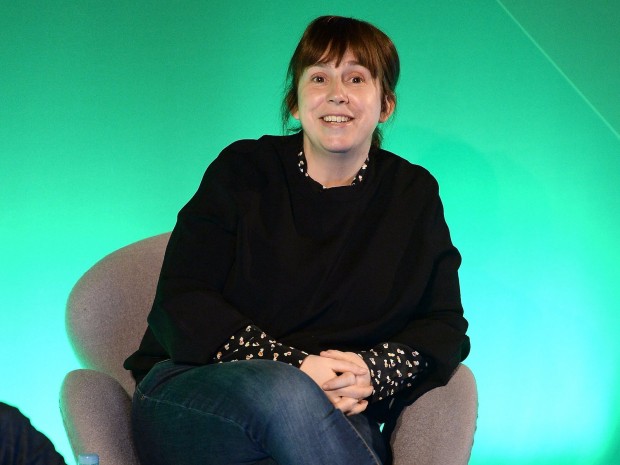 Abi Morgan has won numerous awards for her screenwriting. Most recently she is known for penning SUFFRAGETTE and THE IRON LADY. The latter won Morgan a BAFTA for Best Original Screenplay and Meryl Streep’s performance in it, as former British Prime Minister Margaret Thatcher, won an Oscar.

1. Storytelling is a conversation
When Morgan is telling a story, she’s aware of who is she is speaking to, and adapts the narrative accordingly. “All the time while I’m telling a story I have to keep re-calibrating,” she said., “The most important thing for me is to recognise that it is a conversation … People are listening to you and you are listening to them. Most of what I do is about being brutally open to change. You have to constantly get people on side.” MORE: JK Rowling On Failure

2. Plagiarism is fine
Finding inspiration in a vacuum is not easy. Morgan was candid about how she steals ideas from her favourite writers. “I’m a big plagiarist,” she said, “I constantly watch movies and I read scripts all the time. There are two or three writers who I really admire … I’m certainly influenced by other storytellers and the different structures I observe.” MORE: How To Be A Successful Screenwriter: Patterns, strategies and tactics for a lifelong career

3. Failure is good
Morgan talked about how she did not get paid as a screenwriter until her thirties, before which she worked as waitress. As a result she has learned to embrace failure as a learning device. “Most of what I do is failure, most of what I write is failure,” she said, “You have to keep calibrating and recognise that you do not own the script.”

SUFFRAGETTE, while successful in the UK, “bombed” in the US because of a promotional t-shirt for the film which said: “I’d rather be a rebel than a slave.” The Emmeline Pankhurst quote was deemed racially insensitive and the film, according to Morgan, was largely ignored as a result.

However, Morgan was able to look on the bright side and learned lessons about diversity that will stick with her. Morgan said: “You learn nothing from success and everything from failure. You never interrogate success … I almost love it when I fail.” MORE: 33 Industry Insiders On Success, Dreams And Failure

Get your pass for the festival below…

Writing a script is only 50% of the process. You need to be able to pitch. You need to create your own opportunities. Talent Campus helps you to become industry ready."