Talent Campus is a rich mix of challenging career development sessions, as well as hearing from worldclass industry experts. I asked our current campers what they thought of our guests…

(and you can apply for your spot on Talent Campus HERE)

‘Breathtakingly honest, Rachel Patterson gave a no-holds barred view of what it’s like to break into scriptwriting’
Joanna Peios, Screenwriter

‘I really enjoyed Rachel’s talk. It was interesting to learn her journey and the reality of working for a show like Casualty. It has opened my eyes to that side of writing, one that I hadn’t really contemplated before. It’s made me think that that may be my new goal.’
Jo Ragett, Screenwriter

‘Actionable advice and guidance on how to get into jobbing screenwriting, and how to build on that to turn it into a solid career. It was great to see someone just a few steps ahead on the journey, and just how it might be possible to emulate that success.’
Angela Clarke, Screenwriter

‘Rachel made it real as she was so open and warm, and she showed us just how much dedication and craft you need to make it’
Mathew White, Screenwriter 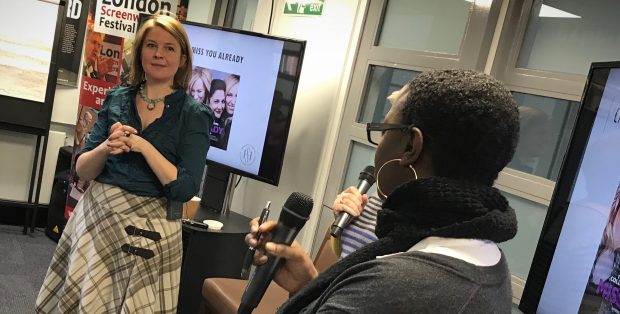 ‘Fast-talking, no-bullshit Sam Horley spoke the uncomfortable truth. She forced me to look at what I’m writing from a completely different angle. What is it and is there a market for it?’
Joanna Peios, Screenwriter

‘Sam flipped my understanding of the film industry in about ten minutes flat. I feel like I now have the benefit of years worth of hard won knowledge and expertise at my fingertips, which have leapfrogged on my own understanding of the market and what it is looking for. The impact of this reframing has immediately impacted on active projects of my own. I can see gaping flaws, what needs to go, and what I need to focus on next. Galvanising.’
Angela Clarke, Screenwriter

‘The thing that resonated most with me was her take-no-prisoners approach to commercial reality. It’s inspirational in a good way. And the fact that she was in there, developing and selling and marketing these things, makes it even more powerful’
Mathew White, Screenwriter

‘Samantha’s look at what *doesn’t* work was extremely useful. Although marketing may be out our hands if we sell our features, it has made me think more carefully about how *I* will market it to get it out there in the first place.  It really brought home the importance of knowing your audience.’
Jo Ragett, Screenwriter

‘Samantha Horley was just brilliant. Her razor-sharp intellect and wit were completely absorbing. I learned so much from listening to her and loved her ’take no prisoners’ attitude.’
Teresa Bailey, Screenwriter 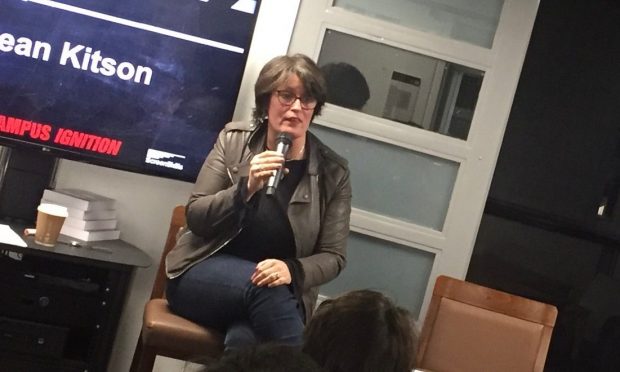 ‘Equally fierce and quick-witted Jean Kitson gave an invaluable insider view of what an agent looks for in a writer. What is my unique voice?’
Joanna Peios, Screenwriter 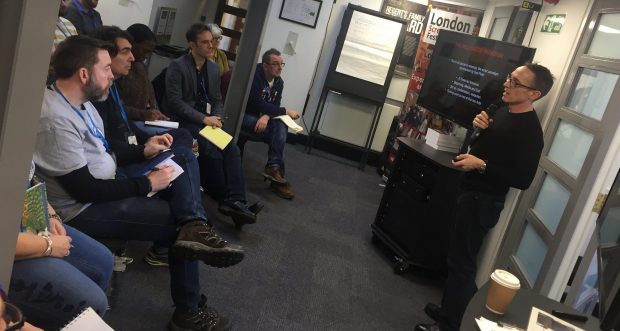 ‘Author of my all-time favourite book on scriptwriting Into the Woods, John Yorke, taught be to embrace the absurdly simple.’
Joanna Peios, Screenwriter

‘It is so easy to get lost in all the theory that’s thrown around in books, blogs and seminars – and Jon really helped to boil it down to the basics and give us all we really need. It was fascinating.’
Mark Renshaw, Screewnriter

‘I’ve been studying dramatic structure for years, and John’s approach is probably the most comprehensive and accessible approach I’ve found. And his session came alive because of his love for it and his eagerness to share and discuss.’
Mathew White, Screenwriter

‘I loved John Yorke for his clarity and ease in describing story in all its forms. He backed up everything with titles of films, books and mythology. He is an engaging speaker with not a single unnecessary word. Great model for scriptwriters. I’ve herald him before and am attending his next presentation. I learn so much from him.’
Teresa Bailey, Screenwriter

‘John Yorke was amazing and I’m now looking forward to his masterclass weekend more than before. I just know I’m going to learn loads. It was a big contrast to the other speakers we’d had – in that it was about the writing and not just the industry’
Jo Ragett, Screenwriter 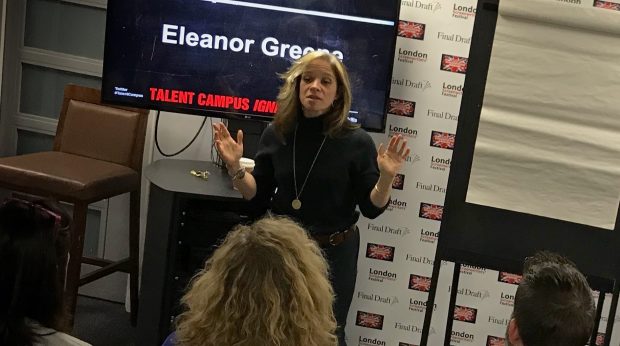 ‘Eleanor made a big impact on me and  I loved the way she structured the session, and the exercises she ran were a real eye-openers. It’s made it a lot easier for me to prepare a pitch for my tv series.’
Mathew White, Screenwriter

‘Eleanor was incredibly good at swiftly and efficiently getting us to see what each broadcaster was looking for. It instantly crystallised in my mind what projects were suitable for which broadcaster, and how to repackage ideas accordingly. Active, effective current market advice.’
Angela Clarke, Screenwriter

‘Eleanor Greene made a big impact on me. Her encyclopaedic knowledge of TV channels was astonishing. She gave us some fantastic tasks, they really helped elucidate what she was talking about.’
Teresa Bailey, Screenwriter

‘Eleanor Green a tiny, powerhouse of loveliness and information. Her insight into what broadcasters are looking for was fun, engaging and so useful. I loved her!’
Ros Jones, Screenwriter

‘Obviously, holding Gareth’s Oscar was a HUGE highlight! I had no idea they were so heavy! He was so down to Earth (as was everyone) and approachable. His laid back attitude was incredible’
Jo Ragett, Screenwriter

‘Just such fun. He was an inspiration – that you could be that funny and good and still win an Oscar’
Mathew White, Screenwriter 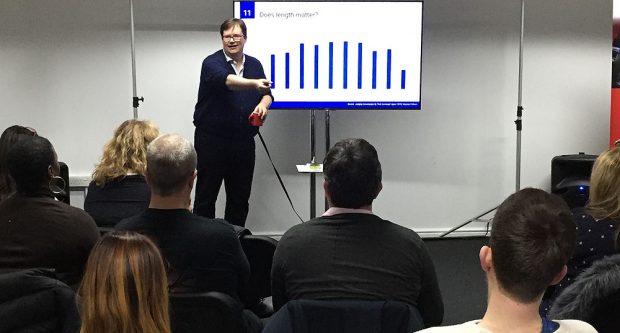 ‘Stephen Follows session and his delivery was fantastic, it was so interesting. What a legend. I was blown away by the sheer volume of facts he has at his fingertips. I actually love him!’
Ros Jones, Screenwriter

‘Stephen Follows, well who knew data were so engrossing. I was hooked from the first time he opened his mouth. Great presenter, fascinating stats! I could have listened to him all day.’
Teresa Bailey, Screenwriter 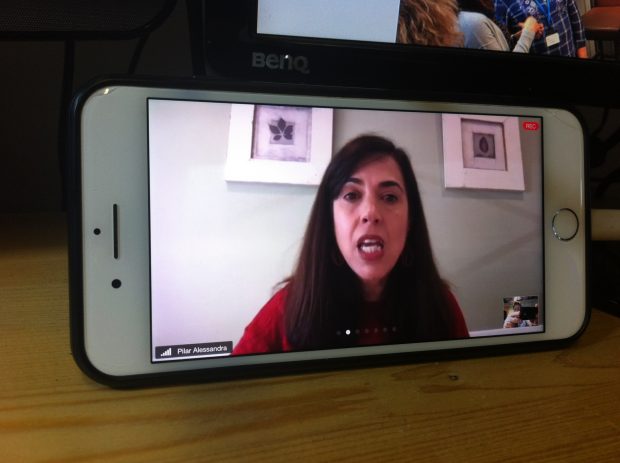 ‘Pilar Alessandra: what an amazing woman, what a brain, what generosity and what a great cat.’
Teresa Bailey, Screenwriter

‘Pilar offered a clear plan in how to prepare to pitch your story, anytime and to anyone.’
Merlin Goldman, Screenwriter

Apply for your spot on Talent Campus HERE.