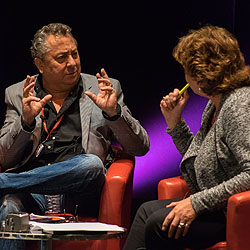 Our patrons don’t just lend their name to the festival, they actively connect us with industry at a very high level.

And like you and us, they are also fans of great screenwriting and are committed to a vibrant, diverse and successful industry.

Credits include: Wanted, The Fountain, The Fifth Element

Iain is an established and award winning international film producer with a credit list as long as your arm!