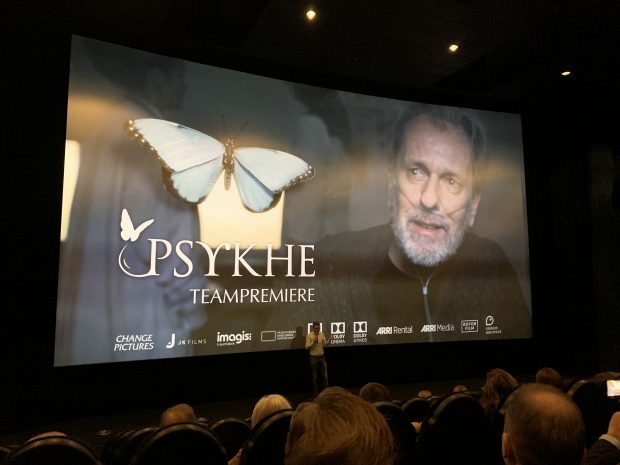 My journey from competition script to finished film.

Epic, huh? I see, we’re being modest today… no, bear with me. This is not about delusions of grandeur. It is about writing from the heart, letting go and trusting other creatives, and being rewarded with an epic experience. 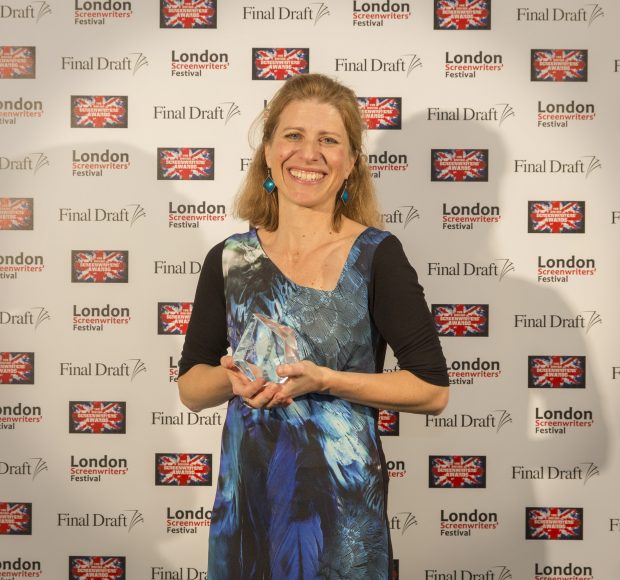 Epic, Take 1: Story
My journey started in early 2015, when Chris Jones launched the Create50 initiative. Write a two-page script, get feedback from other writers (and give input on their scripts), and end up with the best possible story about ‘Courage and Kindness’. I ended up with Psykhe, the story of a boy who saves an injured butterfly that then accompanies him throughout his life, and an award at the 2015 British Screenwriters’ Awards/Create50 category.

I loved the recognition but thought, oh well, that’s that. No one is going to make this two-page epic spanning an entire lifetime – unless as an animated short, perhaps. But that was okay, I’d written it from the heart without worrying about production issues, and I loved the story.

Take 2: Trust
Jump to late 2018. My writer’s journey had forked into many paths, erm scripts, short and long, and I’d built a working relationship with a team of young filmmakers headed by director Joshua Krull and producer Victor Schwarz. Our then-current project proved challenging to realise and Joshua and Victor were itching to shoot something. So they asked if they could ‘do’ Psykhe instead.

I knew that like me, Joshua and Victor loved epic story-telling, I knew I could work with them, and I trusted them. So I was happy to say yes. They offered me to get involved in prep, but at the time I was on set myself, wearing the triple hat of writer-director-producer for the dark comedy Blue Widow. So I stayed on the fringes of Psykhe – and actually this made it easier for me not to worry much about what would happen to my baby.

Take 3: Production
In between being busy my own film, I managed to visit the Psykhe set briefly twice – and was blown away. Not just by the storm that raged on one of those days, triggering a re-shoot, but by how big the team, the technology and, above all, the dedication behind it all was. My baby had grown – and how! Seeing how professional this overwhelmingly young team was, I knew I had put my trust in the right people.

I could bore you with technical details, such as shooting in IMAX format, visual effects in 4K, Dolby ATMOS, original soundtrack recorded by the Babelsberg Film Orchestra… suffice it to say that Joshi and Victor went for every superlative they got their hands on. (Yes, they’re submitting it to the student Oscars as well.) Summary: epic! 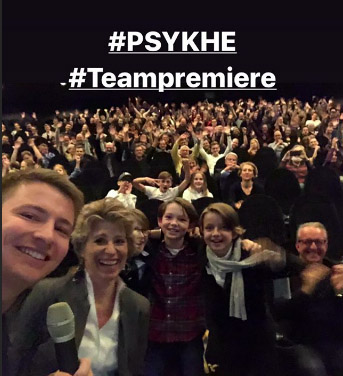 And so, on a rainy Sunday in November 2019, I sat in the dark cinema, waiting for the film to start. And suddenly, nervousness kicked in. What if I didn’t like it? What if I found they’d misinterpreted my story? What if… but then I saw the first images and knew I had put my baby in the right hands. Amazing images, wonderful performances, bringing out the key moments. A fabulous Making-of. I was touched by how much recognition, even prominence, everyone gave me, the writer. (Fellow scribblers, you know that is not usually the case.) It truly was an epic experience.

Take 5: Lessons… So what have I learned on this journey?
#1 is the trust thing. I am a control freak, and the decision to hand the script over entirely was the right one. Being ‘a bit’ involved possibly would not have worked as well for me. I’m the all-or-nothing type (probably that’s why my own film, Blue Widow, still isn’t quite finished. I need ten more seconds of soundtrack!)

#2 is that I love working with a young team. Like me, they are at the beginning of their career (never mind that this is my fourth career – it’s the one I really wanted all along), and I am looking forward to future projects.

#3 is the epic thing. For years I have felt that I was trying to force my writing into a bracket that was ‘produceable’ when at heart, I really want to tell BIG stories. I wrote Psykhe from the heart, never thinking it would ever result in a live-action film. Too epic for a short.

I was very happy to be proved wrong. Epic thanks go to Joshua Krull and Victor Schwarz for making it happen, and to Chris Jones for kicking it all off in 2015.

Vera Mark is a writer across formats with a preference for screenwriting. Her short story ‘R vs. Martin Smith’ was published in the Create50/Singularity anthology in 2018, and in 2019 she added two short films to her credits: ‘Psykhe’ as writer and ‘Blue Widow’ as writer-director-producer. She is currently working on her first TV series.