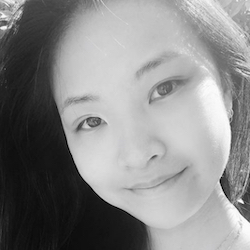 Aimée Kwan is a British-Thai writer, director and actress who loves global storylines and voices yet unheard. She is an Oxford University and GSA graduate, as well as the editor-in-chief of the international media platform &ASIAN. She has directed, acted and written for both screen and stage in productions such as Summer & Smoke (2017), 12 (2020) and This Tortoise Can Save a Life (2015), which garnered over four million views for Refugee Council and Save the Children. Her latest book, 20 Something, came out in 2020 and her next book is coming out in the Winter of 2021.

When not creating she is probably listening to music, cooking, or avidly supporting Manchester United and Scuderia Ferrari.

Aimée Kwan is appearing at the following sessions:

I felt like every single person I met gave me something that I needed to take me to the next step of my journey."