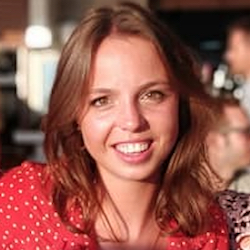 Alice works for the internationally renowned, award-winning independent producers Elizabeth Karlsen and Stephen Woolley at Number 9 Films. They have produced some of the most celebrated independent films in the US and Europe including: Carol, Little Voice, The Crying Game, Made In Dagenham and Colette. Number 9 Films latest feature Mothering Sunday is an adaptation of the Graham Swift novel scripted by Alice Birch and directed by Eva Husson, starring Odessa Young, Josh O’Connor, Ṣọpẹ Dìrísù, Colin Firth and Olivia Colman. It will be released by Lionsgate in the UK in October. Number 9 Films is currently in post-production on Living scripted by Kazuo Ishiguro, directed by Oliver Hermanus and starring Bill Nighy, Aimee-Lou Wood and Alex Sharp.

Alice works across the Number 9 slate to develop a diverse range of both television and feature projects with both established and emerging writing talent. Prior to working at Number 9, Alice worked for the Film & TV agent Tracey Hyde at Casarotto Ramsay & Associates.

At Number 9 Films we are looking for contemporary and diverse Film & TV projects, with a socio-political edge and ideally from a female-driven perspective.