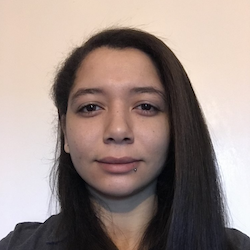 Alongside our flagship drama, Agatha Raisin, Free@Last TV has a broad range of dramas on our slate including, biopics, prequels and original content, alongside our collection of intellectual properties such as Daphne du Maurier’s The Flight of the Falcon, Perlman – based on the Glasgow novels by Campbell Armstrong and the Classic Crime Club book series published by HarperCollins.

Amii has been working in television for over a decade and started with Free@Last TV as an apprentice in 2011. Working up the production ladder from runner and production assistant at companies such as 5Creative and Jewson Film Productions, Amii is now a development producer for Free@Last TV as well as script editing on their flagship drama Agatha Raisin. Trained under the Creative Skillset (now ScreenSkills) HETV scheme, she provides script editing and development across the Free@Last TV slate as well as uncovering and nurturing new writing talent and projects. Amii has also produced over 400 hours of content for radio and developed plays for the stage.

At Free@Last TV, we know what we’re looking for so we want to be surprised by what we don’t know we need.