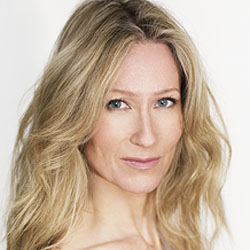 Angela Dixon is an international actress and star of Howard J Ford’s abduction thriller feature film Never Let Go [Best Independent Film, National Film Awards] for which she won Best Actress at the Artemis Women in Action Film Festival in LA.  Her role as Lisa Brennan, a single mum battling to rescue her child, has been described as “One of the strongest female characters of the cinematic year” (Stu Greenfield, Moviemaker).  Distributed by ICON [UK], Sony [USA] and to more than 22 countries worldwide it is available on multiple platforms including Netflix, UK & USA and Amazon.

This is what the critics said; “Dixon is dazzling, a towering tour-de-force that has you hooked every second she is on screen” (movieramblings.com) “Oscar-worthy”, “Electrifying central performance”, “Powerhouse performance”, “Superb lead turn from the totally committed Angela Dixon” (thepeoplesmovies.com).

Angela is passionate about story telling that entertains, challenges thought and evokes emotions. She is a strong believer in being pro-active and seeking out opportunities.  “If one door is closed then try another, and another and another … until you find a way. Resilience, perseverance and kindness are key in order to survive and thrive in this industry.”