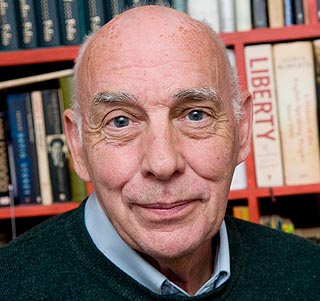 Barrie Keeffe was born in East London in 1945.  He was an actor with the National Youth Theatre and a journalist before turning to full time dramatic writing and directing.

Theatre plays include A Mad World My Masters, Frozen Assets, Bastard Angel, King of England, Better Times, My Girl, Wild Justice and two trilogies – Gimme Shelter (Gem, Gotcha and Getaway) and Barbarians (Killing Time, Abide With Me and In the City).  He also wrote the musical Chorus Girls with Ray Davies.

Screenplays and writing for television include The Long Good Friday, The Substitute, Not Quite Cricket, Gotcha, Nipper, Hanging Around, Waterloo Sunset, King, the series No Excuses and Sus.

He has written a dozen plays for BBC Radio and published two novels Gadabout and No Excuses.  His adaptations for the theatre include A Certain Vincent (from the letters of Van Gogh), Dostoevsky’s A Gentle Spirit and Comte De Lautreamont’s Maldoror – these he directed in London and Amsterdam.

He has taught dramatic writing at City University London, the Skyros Writers Lab, Greece and leads classes at the Collaldra Writers’ School and Retreat near Venice each summer. He was Judith E. Wilson Fellow at Christ’s College Cambridge 2003-4, is patron of Writing for Performance at Ruskin College Oxford and was made an Honorary Doctor of Letters at Warwick University earlier this year.  In l995 he was a United Nations Ambassador for their 50th anniversary year.

Barrie has also adapted his own stage play Sus for the screen.  A hard hitting political drama, Sus was released in the UK in spring 2010.