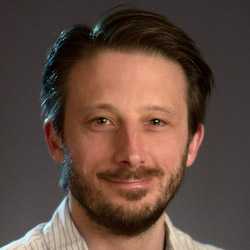 Ben Smith is creative director of Red Star 3D, an animation studio based in Sheffield that produces films for special venues such as theme parks as well as animated feature films for kids and family audiences. Ben has over 20 years of experience in animation and film production and his first feature STARDOG AND TURBOCAT was released in 2019. He’s currently developing a slate of animation projects whilst Red Star is busy on production of Terry Pratchett movie THE AMAZING MAURICE for Sky Cinema.