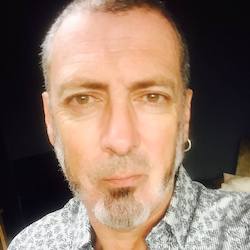 Brendan McCarthy was the Film Adviser to Arts Council of Ireland, where he consulted on both policy and project related issues from 2007 to 2014. He acted as the Irish delegate to Eurimages from 2001 to 2012. He was active in the creation of policy and project selection during this time.

From 2001 to 2005, McCarthy was the Head of Production and Development at Irish Film Board, where he was instrumental in helping to create new production finance initiatives, including the Low Budget Initiative and the Micro Budget Digital/Development Fund. He was also actively involved in the selection and funding of projects for both development and production.

Brendan McCarthy is a graduate of EAVE, ACE, Media Film School and Scale Strategics Marketing. In addition to this McCarthy has also acted as a Board Member of Media Desk Ireland and previously ran his own production company, Blue Light Productions.

After receiving 1st Class Hons MA in Screenwriting from Dún Laoghaire Institute of Art, Design and Technology, in 2006, McCarthy’s screenplay for the horror film Wake Wood was produced by www.fantasticfilms.ie, in partnership with the legendary studio Hammer Films. The movie was released in the U.S. by MPI Media Group in 2011.